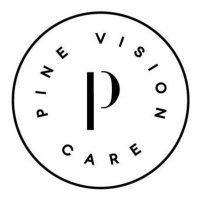 Blepharitis is a condition that causes red, irritated, itchy, and dry eyes. According to The American Academy of Ophthalmology®, blepharitis is one of the most frequently occurring ocular issues, with at least some signs of it found in around 37-47% of eye care patients. At Pine Vision Care in Philadelphia, Julia Zyrina, OD, expertly performs comprehensive eye exams to determine what type of blepharitis you’re dealing with, and what the best treatment path for you is. Book your appointment anytime using the online tool, or call the office to get blepharitis help now.

Blepharitis is an ocular condition that causes your eyelids to grow inflamed. There are two types of blepharitis, anterior and posterior.

In anterior blepharitis, the eyelid inflammation occurs at your lash roots.

In posterior blepharitis, the inflammation occurs within your inner eyelids and in the Meibomian glands just below your bottom eyelashes. These glands help make the oily component of your tear film.

Mixed blepharitis occurs when you have characteristics of both anterior and posterior blepharitis.

What are the signs of blepharitis?

Eyelid irritation is the most common sign of blepharitis. In addition to having red eyelids, you may also experience the following symptoms:

Sometimes these symptoms may mean that it's uncomfortable or even impossible to wear your contact lenses as usual. If you're suffering from blepharitis, switch to eyeglasses until you get treatment.

The other common cause of anterior blepharitis is seborrhoeic dermatitis, better known as dandruff. Many dandruff sufferers have skin flakes on both their scalp and brows. These flakes can accumulate to irritate your lids and lead to blepharitis.

How is blepharitis treated?

Dr. Zyrina treats mixed blepharitis based on your symptoms and needs. For all kinds of blepharitis, you need to keep your eyelids clean, so Dr. Zyrina may recommend special rinses or gentle scrubs to help with this.

Don't let blepharitis symptoms get worse, reach out for help today. Book your appointment at Pine Vision Care through the online tool or by phone now.